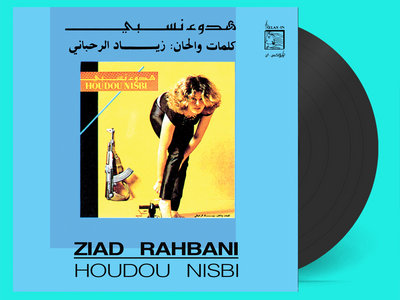 Wewantsounds is delighted to announce the release of Ziad Rahbani's cult classic "Houdou Nisbi," one of his most praised albums, released on the sought-after Lebanese label Relax-in. This release is an event as the album, recorded in 1984-85 at Rahbani's By-Pass studio, was only released in 1991 on cassette and CD and missed out on the vinyl format. Mixing arabic music with Funk, Jazz, Boogie and a touch of Brazilian music, it is considered a classic among Oriental groove fans, DJs and collectors around the world. Curated by Lebanese DJ and Journalist Ernesto Chahoud, the album is making its vinyl debut with original cassette artwork, audio remastered by Colorsound Studio in Paris and also a 2 page insert with a new introduction by Chahoud in English/French.