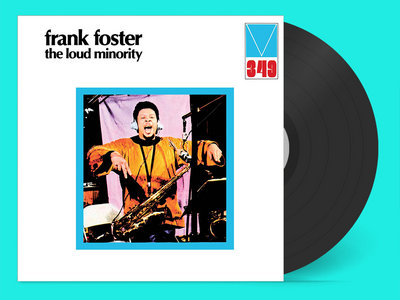 Wewantsounds it delighted to announce a deluxe reissue of Frank Foster's 'The Loud Minority' LP for RSD. Released on Bob Shad's Mainstream Records in 1972, it's a landmark album and one of the key political works of the 70s. Featuring an all-star cast of superb musicians including Elvin Jones, Stanley Clarke, Airto, Cecil Bridgewater and Marvin 'Hannibal' Peterson, it is also Dee Dee Bridgewater's earliest full recordings. This special edition will includes a 20 page booklet featuring a selection of amazing unseen session photos recently unearthed, an introduction by Judd and Mia Apatow (Shad's grandchildren), an essay by British journalist Kevin Le Gendre and an exclusive interview of Cecil and Dee Dee Bridgewater by paul Bowler reminiscing on the making of this legendary album. The album's original artwork has been recreated from the photo negatives and the audio was newly remastered from the original tapes.