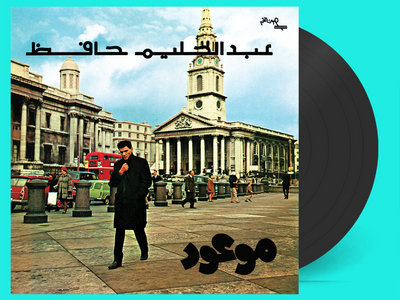 Wewantsounds is delighted to reissue 'Mawood' one of the cornerstones of Egyptian music, recorded in 1971 by legendary Arabic singer Abdel Halim Hafez. Famously sampled by Jay-Z on "Big Pimpin'" for one of his 60s tracks, Hafez is captured here live with his full orchestra including Omar Khorshid on guitar. the album mixes traditional Arabic music with modern instrumentation and shades of 70s groove. 'Mawood' is one of Hafez's all-time classics, written by the legendary composer Baligh Hamdi. This release has been newly remastered for vinyl and features the original LP artwork with a 2 page insert featuring a new liner notes (English/French) by Mario Choueiry (IMA, Paris) who curates Wewantsounds' Arabic series of reissues.